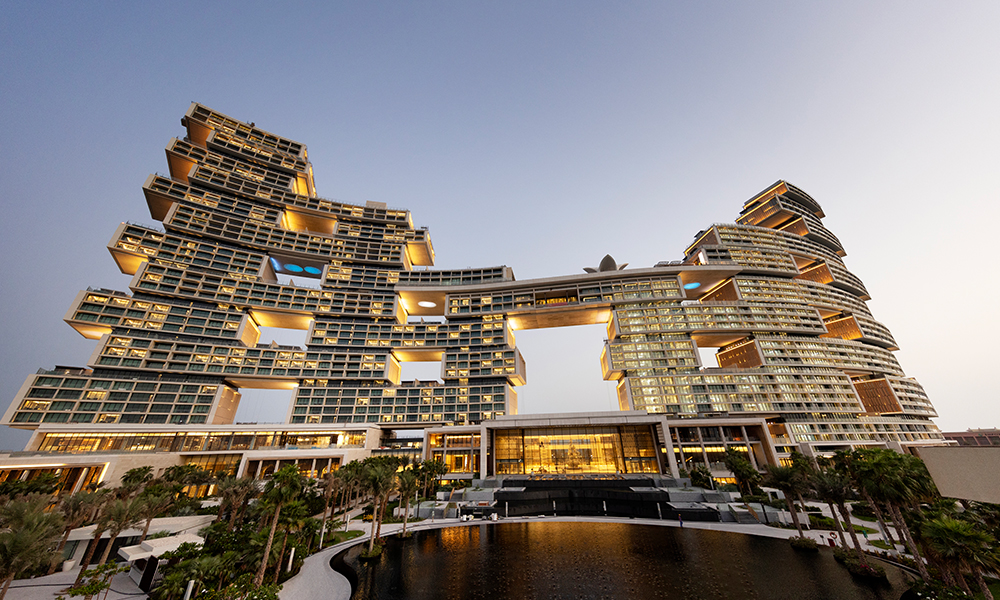 After a successful venture of Dubai’s Atlantis-The Palm over several years, the opulent design of Atlantis-The Royal, crafted by the world’s leading designers, architects and artists bewitched the world through its grand opening over a three-day-long extravaganza of ultra-luxury curated events and experiences across its Grand Reveal Weekend. 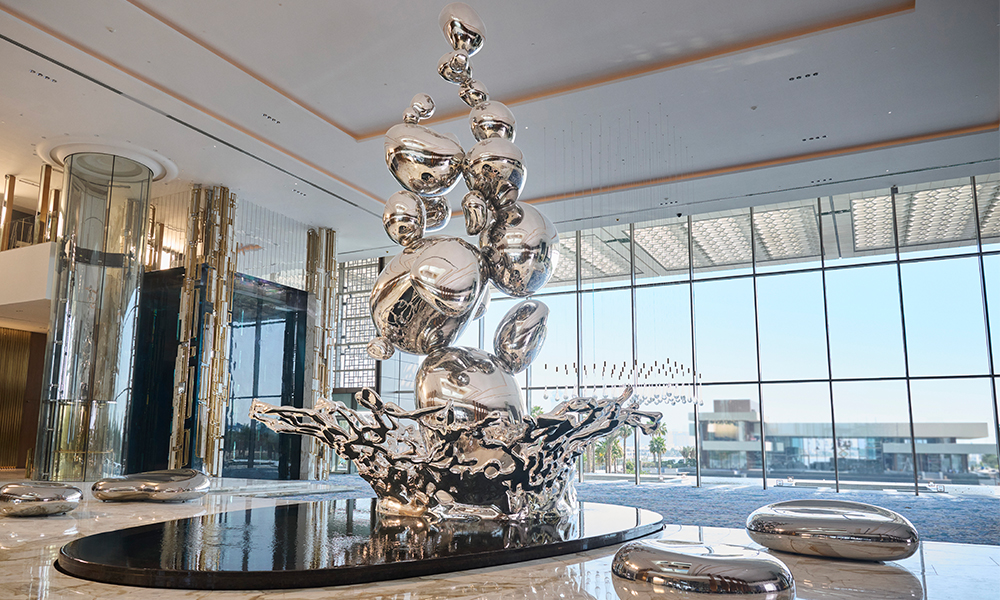 Some of the launch highlights include:

• Beyoncé performed in Dubai at the Grand Reveal of Atlantis The Royal, the world’s most ultra-luxury resort. 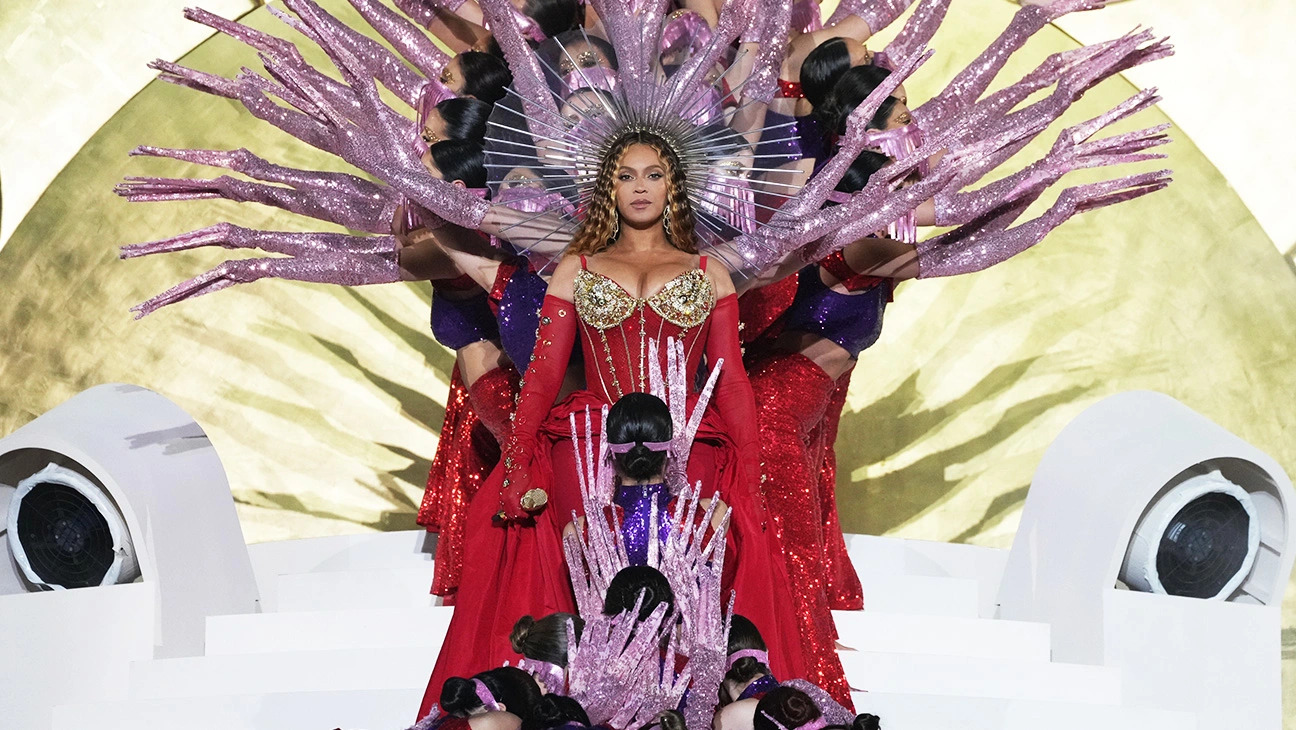 Beyoncé’s 60- minute performance – her first live show since 2018 – opened with a stunning rendition of the Etta James’ classic, “At Last,” before she treated the star-studded audience to some of her biggest career-spanning hits, including “Halo” and “Crazy in love.”

With powerful vocals, high-energy choreography, and an awe-inspiring production, the global superstar was accompanied by Firdaus, a 48-person all-female orchestra, mentored by Academy Award-winning composer, A.R. Rahman. America’s Got Talent winners, The Mayyas, an all-female precision dance group from Lebanon, was also featured on stage, with stunning choreography by  Emmy-nominated Fatima Robinson.

The epic performance was followed by a fireworks and drone extravaganza, lighting up Dubai’s newest icon, in an echo of the 2008 display that launched Atlantis The Palm to the world. As the fireworks settled, Swedish House Mafia took to the stage to perform hits, including “One” and “Don’t You Worry Child,” as guests celebrated until the early hours. 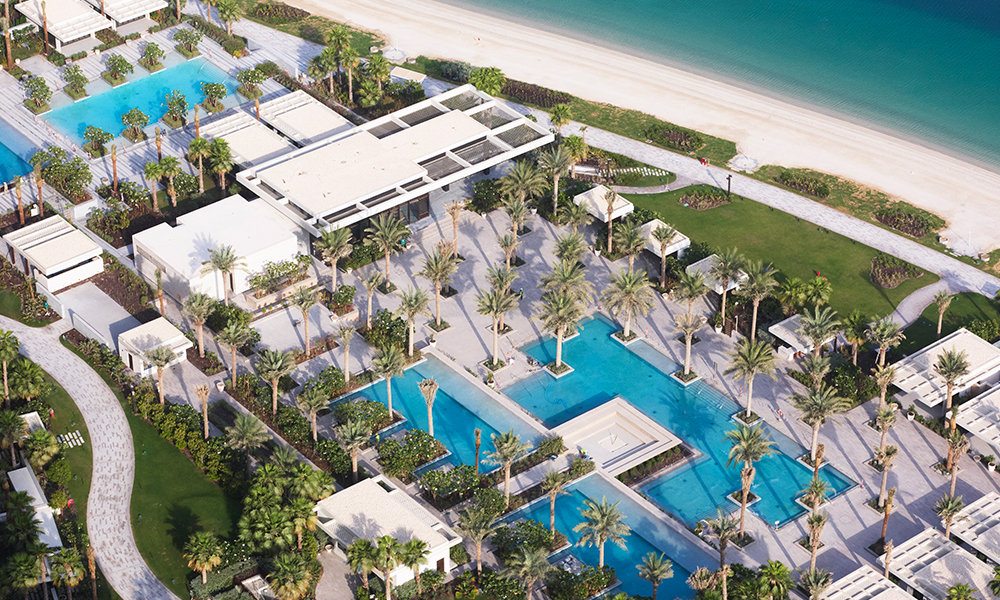 The Saturday spectacular is the pinnacle of the resort’s Grand Reveal weekend, which has seen guests dine from the kitchens of the world’s finest chefs including Nobu, Jose Andres and Heston Blumenthal. The weekend also features the star-studded Grand Opening events of Nobu and Ling Ling and the launch of Kendall Jenner’s 818 Tequila on the resort’s sky pool, Cloud 22. It also promises 18 new restaurants, six of which will come from world-famous celebrity chefs, all making their Dubai debut.

Tim Kelly, Managing Director of Atlantis Dubai says “This is it. Our moment to unveil Atlantis The Royal as the world’s most ultra-luxury entertainment resort has arrived. We’re delighted that global superstar Beyoncé was here to launch this extraordinary resort in an unforgettable way – a true icon, launching an icon. We are excited to begin welcoming guests in February and treat them to an experience that will completely redefine their perspective of luxury.” 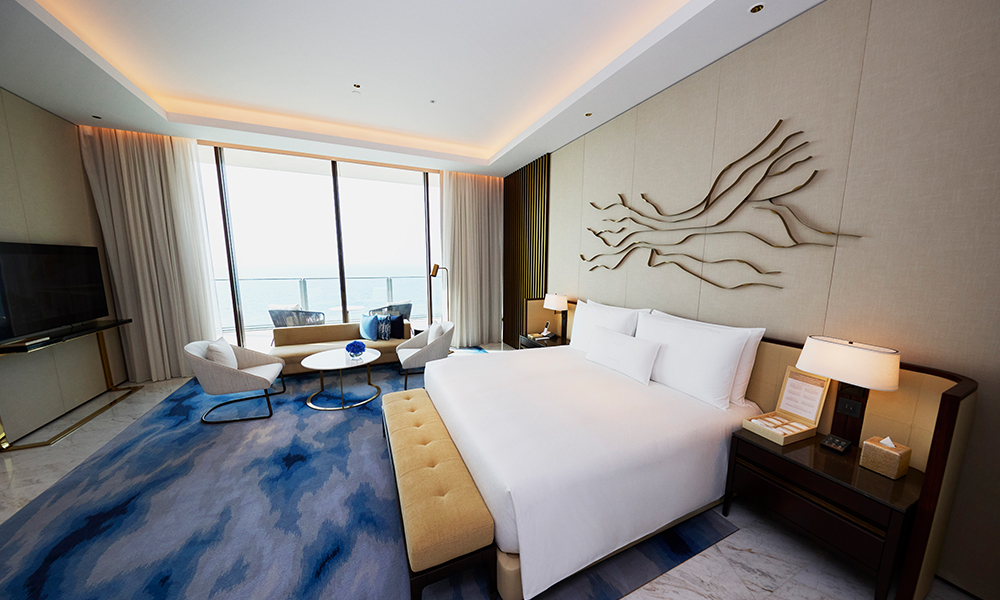 With its 2km of private beach, fire-breathing fountains, celebrity-backed restaurants and the world’s largest jellyfish aquarium Atlantis, The Royal is one of the most vehemently anticipated hotels the royalties and ultra HNWIs are looking forward to!

The 43-story cantilevered building will feature 231 luxury apartments, 693 hotel rooms and 102 suites, all of which offer views of the Arabian Sea and Palm Island. The resort will also house 90 swimming pools, including a rooftop infinity pool on the 22nd floor, suspended 90 meters above ground level.

Eight years in the making, Atlantis The Royal has been specifically designed to challenge the boundaries of imagination and reshape what ultra-luxury travel means. The Grand Reveal Weekend is set to cement Atlantis The Royal as an instant icon in Dubai and around the world. 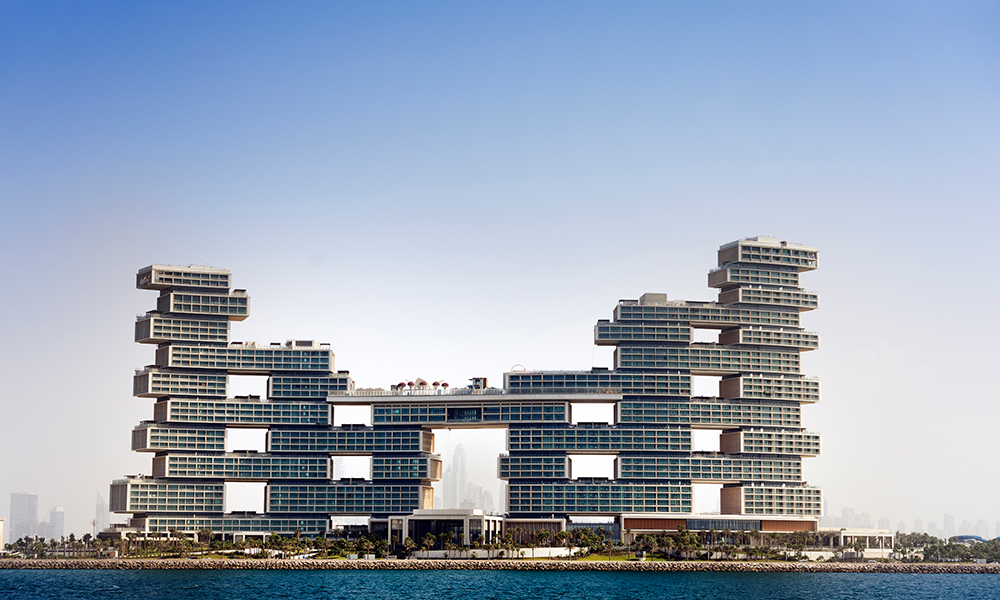 About Atlantis The Royal

The new iconic landmark of Dubai, Atlantis The Royal welcomes guests to an experience that will completely redefine their perspective of luxury. Crafted by the world’s leading designers, architects, and artists, this is a destination where everything has been designed to challenge the boundaries of imagination. Atlantis The Royal ignites the horizon with a collection of 795 elegant Rooms, Suites, and Signature Penthouses. Featuring stunning views of the Dubai skyline and the Arabian Sea, 44 of them have private infinity pools. The resort delivers a curated array of awe-inspiring experiences, inviting guests to swim amongst the clouds in sky pools, be dazzled by fountains that breathe fire or dine at more celebrity chef restaurants than anywhere else in the world. Guests are taken on a journey of the impossible, with artful masterpieces, iconic entertainment, and beautiful craftsmanship at every turn, where the highest level of service will set a new standard in excellence. 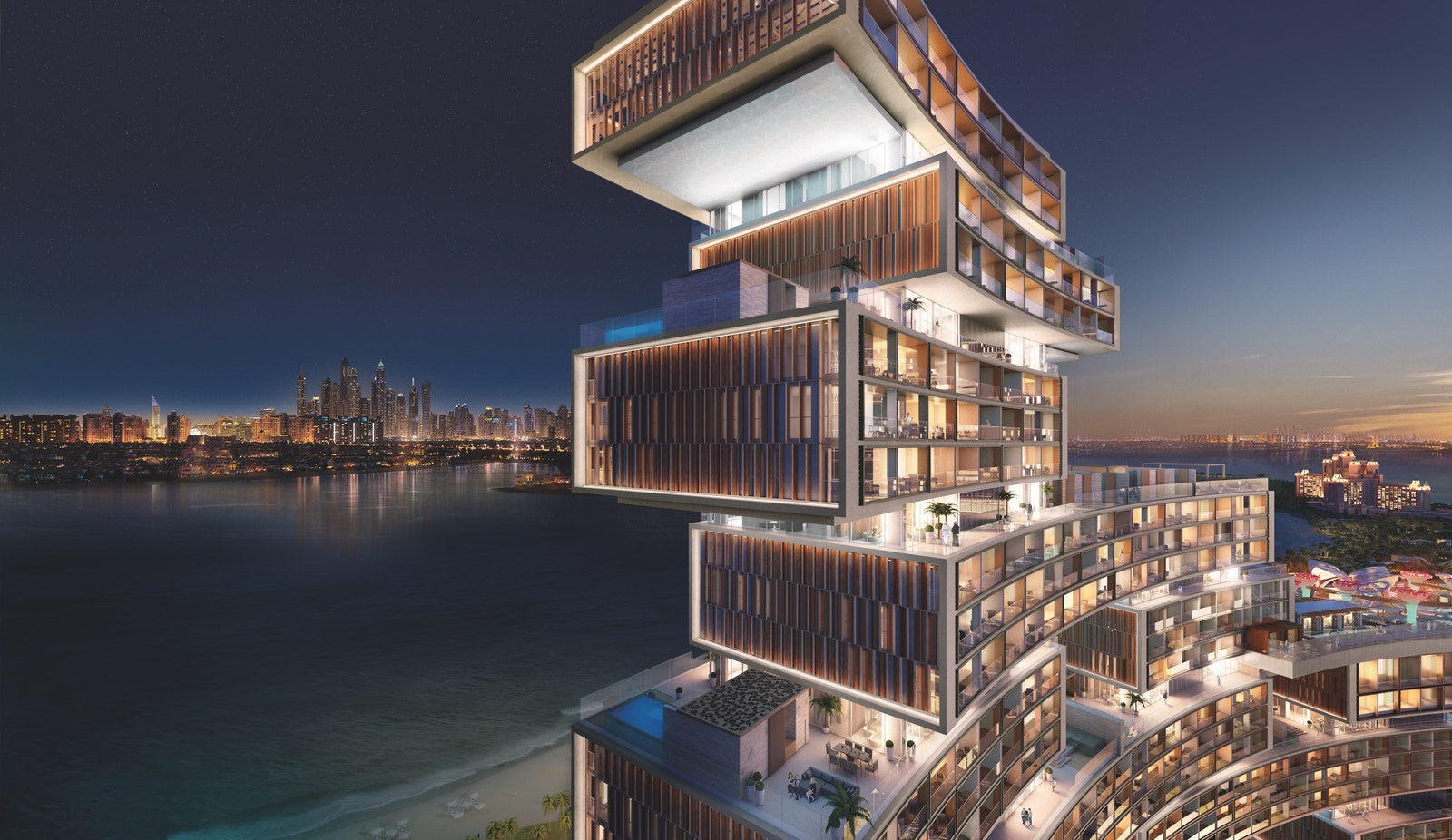 To be one of the first to stay at Atlantis The Royal, guests can make a reservation at  www.atlantistheroyal.com. Reservations are now open for stays from 10th February 2023 onwards.